If you have spent any time looking into the world of recreational drones, you may have noticed that both the terms “drone” and “quadcopter” are used relatively frequently. In fact, it may at times seem as if these two terms are interchangeable. The truth, however, is that while “quadcopter” and “drone” are both accurate words to use to describe recreational umanned flying craft, their definitions differ slightly. Knowing exactly what a drone is and exactly what a quadcopter is can help you to avoid misunderstandings and locate the right recreational drone for your own uses.

Definitions of “Drone” and “Quadcopter” 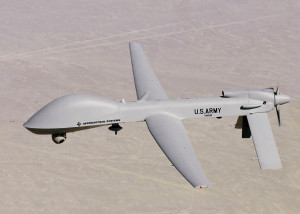 “Drone” is a broad term used to describe any kind of unmanned aerial vehicle (UAV). As such, it can be used to describe both UAVs that are remotely controlled and those that are controlled by onboard computers. These types of aerial craft can look either like a small airplane or like a helicopter. They generally have two characteristics that set them apart as drones: They are engine-controlled, and they can fly for long periods of time.

“Quadcopter” is a more specific term used to refer to a drone that is controlled by four rotors. It is also called a quadrotor or a quadrotor helicopter. The rotors on the quadcopter each consist of a motor and a propeller. In addition, these UAVs are always controlled remotely instead of being controlled by a pre-programmed, onboard computer. Quadcopters resemble helicopters, but balance themselves by the movement of the blades and not by the use of a tail rotor.

In view of these definitions, it is accurate to think of drones as a broad category and quadcopters as a specific type of drone within that category. There are many other types of UAVs (such as tricopters, hexacopters, and octocopters) that also fit the general description of a drone. A drone can only be considered a quadcopter, however, if it has four rotors.

Uses of Drones and Quadcopters

In addition to their structural differences, drones and quadcopters also have different uses. For instance, drones, as a general category, have a wide range of uses. One of the most common of these is as a military aircraft. In this use, drones deliver attacks, conduct search and rescue operations, and conduct reconnaissance, surveillance, and intelligence missions.

Besides military uses, drones can also be put to work in civilian and commercial uses. For instance, they keep track of livestock or track the progress of wildfires. They can be used to conduct aerial surveying, and can even be used to take photographs and to film (For applications such as movies or to record sporting events). Occasionally, they are also used in law enforcement and to conduct research in areas where manned aircraft cannot safely go (for instance, tracking dangerous weather patterns like hurricanes). Drones as a general category require significant regulation in order to keep their uses safe and predictable, because of their powerful capabilities and their wide ranging applications.

Quadcopters can be used in many of these same applications. However, when you think of drone flying as a recreational pursuit, you are thinking about quadcopters. They are, almost exclusively, the type of drone used for recreational purposes. There are many different types of quadcopters on the market today, all designed to offer varying degrees of recreational uses. For instance, you can purchase nano copters to fly for fun around the yard or house, or invest significantly more money in state of the art technology that allows you to take photographs and aerial videos.

These recreational quadcopters are generally subject to less regulation than other types of drones. However, there are certain rules that guide where and how the drones can be flown. For instance, no quadcopters (or drones of any type) are allowed within a certain radius of the White House. It is also wise to inform neighbors of the chance that you will be flying a drone on their property, to avoid frightening them.

Drones and quadcopters are very closely related. However, they are each a little different from each other. As a specific type of drone, quadcopters are generally used for recreation, offering you numerous options for enjoying a drone flying hobby.

3 thoughts on “What is a Drone? Drone vs Quadcopter”