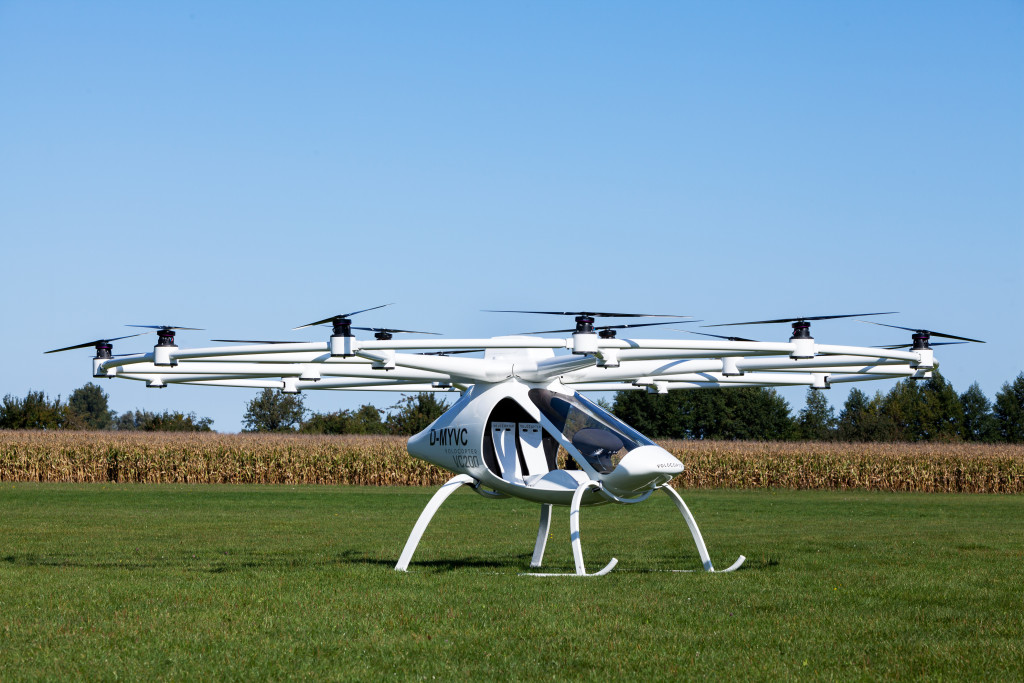 Drones and quadcopters have long served both recreational and practical purposes. From creating fun at parties to delivering targeted military strikes, they have proven their worth in many fields. However, there has never been a drone quite like the Volocopter. This drone helicopter hybrid is being developed in Germany but is starting to make waves around the world. Designed as an easy, safe, and ecologically friendly way to learn to fly a helicopter and enjoy sport flying, it may eventually become a revolutionary new way to get around. It is such a promising new piece of technology that it has led some to wonder if it might become the flying car of the future. Following is a look at the Volocopter: Its design, features, uses, current models, and future prospects. 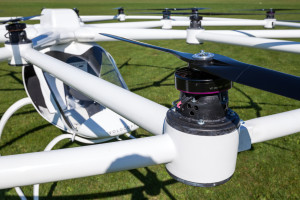 The Volocopter is designed to be flown as a manned drone, remotely, or autonomously in order to transport people or cargo from place to place. At the heart of its design are 18 rotors that operate on two different circuits. The rotors create an unusually reliable system that contributes to the Volocopter’s ability to take off and land vertically, as well as fly reliably and safely.

These 18 rotors and their accompanying motors, however, are just the beginning of the design features the Volocopter offers. The drone can also be propelled either completely electrically with the use of batteries, or with a hybrid system. To this end, it can be charged in about 2 hours and flown for about 20 to 30 minutes before needing to be charged again. Because of this aspect of its design, the Volocopter flies quietly. The result is an overall more pleasing flying experience.

In addition to its many rotors and choice of two propulsion systems, the Volocopter boasts more than 100 microprocessors and other sensors. These allow the drone to automatically read and adjust its position and altitude, correct for pilot errors, compensate for turbulence, land safely even in an emergency, and take over many of the more complex steps involved in flying a helicopter.

All of these design features culminate in an elegant and graceful shape. The Volocopter comes in a lightweight, two-seater cockpit, with the rotors encircling it. Its beautiful look complements the beautifully engineered design underlying it. 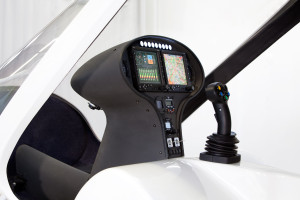 The Volocopter comes with numerous features, large and small, that are intended to create an exciting, relaxing, and overall pleasing experience for anyone who flies it. All of these features are best captured within the drone’s slogan: “Simple. Safe. Green.”

The Volocopter, above all, is meant to be simple to fly, even for people who have never flown a helicopter or a drone before. Whether they are flying the Volocopter manned or unmanned, it is designed to make the process almost effortless and successful the very first time.

For instance, the drone’s numerous sensors and microprocessors take over much of the operation of the drone. From compensating for turbulence to adjusting altitude, the Volocopter can handle itself. This means that all that is needed to fly it is a joystick. The pilot simply uses the joystick to point the Volocopter wherever they want it to go, and the Volocopter manages the complex maneuvers and adjustments that must be made to take off, land, and fly.

The result is a drone that can be used by anyone of any experience level. Its simplicity is also one of the reasons that the Volocopter has been called the flying car of the future: Developer e- volvo hopes to someday make licensing to fly this drone equivalent to the licensing process for driving a car.

Another feature of the Volocopter is its safety. Perhaps the first thing people think about when they consider hopping in a helicopter and taking over the controls is the risk of making a mistake or losing control. The Volocopter, however, has built-in safety features designed to make it almost impossible to crash.

For instance, up to 4 motors can fail at once before the Volocopter would be forced to land. Even during a crash landing, the drone’s microprocessors and sensors are designed to smoothly land the drone.

In addition, every single important system in the Volocopter has been designed with a redundancy. As a result, it can continue to operate even when critical elements break.

Finally, the Volocopter is built with a vehicle parachute that can be deployed in the case of an emergency landing. In these instances, the parachute will allow the Volocopter to glide to the ground safely. The result is a drone that has been designed with every possible safety feature to make it safe to fly, regardless of your experience level.

Finally, the Volocopter’s features are designed to be environmentally friendly. For instance, the drone’s electric and hybrid propulsion systems are rechargeable and drastically reduce both noise and the amount of fuel the drone consumes. Thanks to this thoughtful design, the Volocopter is gentle on the environment and is a promising way to cut down on the consumption of non-renewable resources in the future.

Currently, the Volocopter is designed as a sport flying vehicle. Its short fly times (20-30 minutes), as well as its probable expense once it begins to be manufactured, make it best used for fun and recreation. In addition, it may be used to quickly and easily learn some of the basics of helicopter flying.

The possibilities for the Volocopter as it is developed are numerous and broad. All that is required is imagination as the drone becomes more widely produced and less expensive to buy.

There are a number of different models of the Volocopter.

The current model of the Volocopter, the VC200 is a two-seater drone. It has made news with its flights and serves a base for an unmanned version called the uVC200.

The VC400 is the future of the Volocopter. Designed to seat up to 4 people, or to serve as a large load carrier in its unmanned form, it is designed to be a taxi or a search and rescue vehicle. The VC400 is still in development.

The Volocopter is an entirely new take on drone flying. Thanks to its design, features, and uses, the Volocopter is becoming increasingly well known as its development advances. As a result, it promises to be an environmentally friendly, technologically advanced, and downright fun way to enjoy both the recreational and practical potential of combining drone and helicopter flying in one machine.