There’s many different quadcopters for beginners out there, but we’ve noticed one has quickly been becoming the most popular. The UDI U818A, now available with an HD camera. 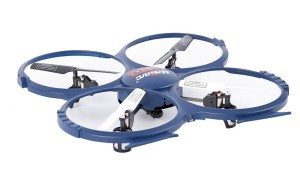 The biggest advantage to buying the UDI U818A HD is the video camera that comes attached. It’s a lightweight HD camera that films in 720p at 30 FPS.

The UDI U818A has 6-axis gyro control for precision flight in the air. The controller an LCD display, two joysticks, a drone photo button for snapping images, and a video button to start and stop filming.

The controller also features buttons to allow you to do 360º flips and rolls during flight. 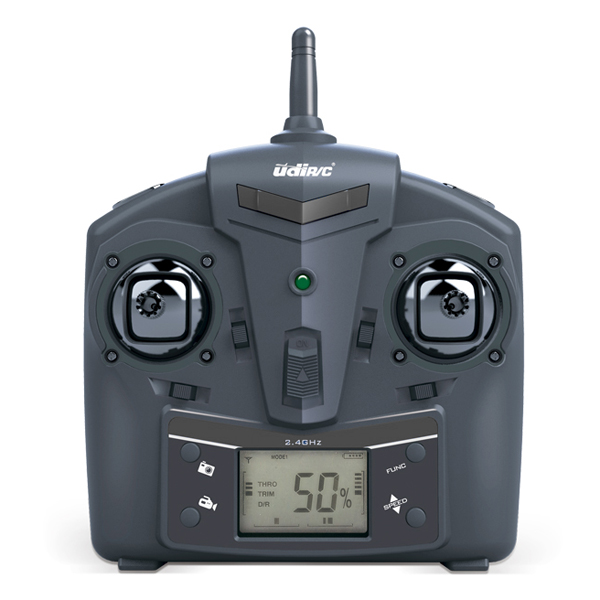 Each flight will last up to 10 minutes before requiring you to change batteries, so it’s a good idea to buy some spare batteries so you can get the most air time with your UDI U818A HD.

This quadcopter comes with 4 spare propellers and a 2GB micro SD card.

Our Review of the UDI U818A HD

The UDI U818A HD is a perfect quadcopter for beginners looking for a drone with a camera. The quadcopter can easily be repaired if something like a propeller breaks, and the batteries are easily swapable for added flight time. Two control modes, assisted and expert, also lend themselves to helping new pilots get the hang of piloting a quadcopter.

The only downside of this quadcopter is the HD video camera isn’t going to impress film buffs, as it’s a long shot away from something like a GoPro for drones.