While drones vary greatly in their features and costs, they all have one thing in common: They must be flown. While there are numerous technical aspects to drone flying, and while nothing can replace the benefits that hands-on learning provides, there are a few basics to flying drones that, when mastered, provide you with a foundation for enjoying the more advanced aspects of the hobby. Following are the basics to drone flying that will allow you to get your drone off the ground and beginning enjoying everything drone flying has to offer.

Familiarize yourself with the user’s manual. 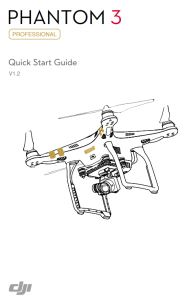 Once your drone arrives, has been unpacked, and has been assembled, you will need to familiarize yourself with it. In this case, the user’s manual can be very helpful in gaining an understanding of how your particular drone and its features work. Before you ever attempt to fly the drone, you should make sure you are familiar with at least the basic features, as well as with any tips and precautions the manual provides. Doing so will save you time and keep you from making preventable mistakes that would otherwise hinder your ability to fly and enjoy your drone (such as discovering too late that the drone cannot be flown within 15 miles of the White House or that it requires some set up before it will fly properly).

Familiarize yourself with the transmitter/remote control. 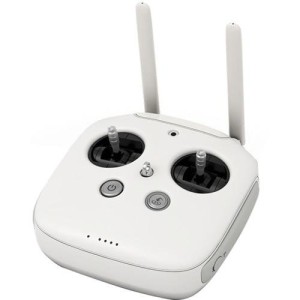 Every drone comes with a transmitter or a remote control. While the specific features of each control varies according to the drone you purchase, each one allows you to perform the same basic functions to get your drone off the ground and flying. The remote control is one of the most important pieces of the drone, because it is the tool which you use to navigate the drone, control its movements, guide it through crashes, and otherwise give it instructions.

The remote control allows you to move the drone in a variety of directions: Up and down, left and right, backwards and forwards, as well as allows you to roll the drone. While these may seem like a lot of movements, you should be able to control all of them with two control sticks. Following are the basics regarding how to use your remote control to guide your drone:

Yaw: Yaw refers to the left-right movement of the drone. It is controlled by the same stick on the left hand side that controls the throttle. Instead of moving the control stick up and down, you move it to the left or the right, depending upon which direction you want the drone to move.

Pitch: Pitch is the term used to describe whether your drone is moving forward or backward. In order to adjust the pitch, you need to use the stick on the right of the remote control or transmitter. Move the stick up to go forward and down to go backward.

The most important thing to remember when activating headless mode is to position your drone with its front facing away from you after you select headless mode and before you begin flying the drone. Doing so will trigger your drone to use the headless mode and allow you to more easily guide your drone, even when it is too far away to easily see which direction it is pointing.

Start slowly and build up to complex maneuvers.

Flying your drone will take time and practice. Therefore, do not expect to be performing fancy maneuvers the first time you take to the skies. Instead, set aside time simply to get used to the feel of the remote control and the responsiveness of the drone before you even begin to move the drone in any direction. To do so, simply move the throttle up slightly, and then back down again. The result of this movement will be to raise the drone slightly off the ground and then land it again. By gradually building up the height to which you raise the drone, you will gradually gain confidence in your ability to control the craft.

One you feel comfortable controlling the drone’s height, you can try different movements. Again, beginning with basic movements is a wise choice. Practice slight adjustments in the yaw, pitch, and roll, before attempting more drastic movements. Make sure you have the larger movements mastered before you go on to techniques such as hovering. By beginning small and working up to more complex movements, you will minimize your risk of crashes and subsequent injury to yourself and others.

Learn how to hover.

Learning how to control the drone through basic movements such as throttle, yaw, pitch, and roll will allow you to fly the drone wherever you want. The next step is to learn how to keep the drone hovering in position. Doing so will allow you time to choose the direction you want to go, as well as allow you to get the incredible videos and aerial photographs of which many drones are capable.

Hovering requires you to first get the drone off the ground using the throttle. Then, you can keep the drone steady in the air using slight adjustments with the right hand stick on the remote control. Keeping your drone steady requires some precision. In order to gain that precision, you can first try learning how to hop the drone from one target to another. By directing the drone to each target, landing on it, and taking off again, you gain experience with accuracy and control so that you can more precisely keep the drone in position once you want to hover it.

Know how to crash.

Regardless of how good you become at flying your drone, you will, from time to time, experience crashes. These can occur because you were inattentive, because the drone was not responsive, or because you encountered obstacles, such as gusts of wind that were too strong for the drone to handle. As a result, it is important to understand how to safely land/crash your drone in order to prevent as much damage and injury as possible.

Finally, every time you take your drone out, you will want to observe safety precautions intended to keep you and your drone safe. One of these precautions is a pre-flight checklist. Following are some of the tasks you should undertake as part of this check:

• Make sure the SD card is inserted if you have a camera.
• Check the charge on the batteries.
• Double check the insertion of the batteries.
• Confirm that the propellers are secure.
• Check for loose parts on the drone.
• Choose an open space in which to fly the drone.
• Turn on the transmitter to make sure it is operating correctly.
• Test your controls by moving each just a little bit to make sure they work correctly.

In addition, you will want to start your flying in an open, grassy area where there are not many people around or objects around into which you can crash, and you will want to fly on a clear day when there is little to no wind, especially if you are a beginner. Compensating for wind is an advanced task that requires a great deal of flying skill to manage successfully. Finally, you will want to observe any safety precautions provided by the drone manufacturer.

Once you understand your remote control, know how to hover, can safely crash, and are comfortable observing all the necessary safety precautions, you will be on your way to successful drone flying. However, there will be many details, unique features, and advanced skills to learn in addition to the basics. These advanced skills mean that you will never really be finished learning how to fly your drone. They also mean, however, that you can enjoy a lifetime of new adventures with your drone.