Drone industry leader 3D Robotics has just released a new software development kit called DroneKit. DroneKit is a three-pronged solution to drone software that allows simple integration between the cloud, drone, and operator. Let’s take a look at each of these sectors and see how they may be used. 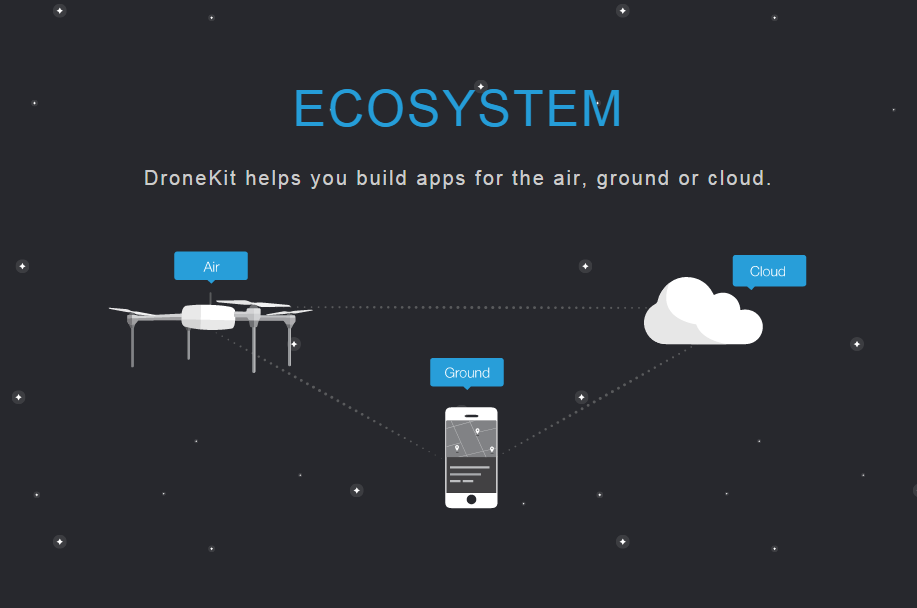 DroneKit for the Cloud

One feature of DroneKit will be a cloud-based service that allows developers to build web-apps to communicate with a drone in-flight. A drone could send photos, videos, and flight logs (including altitude, speed, coordinates, etc.) up to the cloud server where they could be viewed from any web device. 3DR has an app called Droneshare which shares drone flight logs that they say could be built with their DroneKit.

DroneKit for in the Air

With DroneKit, you can create apps that run on a computer or laptop, and control the drone by linking to its’ autopilot module. This will allow complex processing to occur beyond the scope of what drone could compute itself. More possibilities open up when the drone only has to execute flight movements and the heavy lifting can be done from a laptop.

Some examples of apps would be a program to calculate the best flight path to a specific address, or to follow a GPS device. The possibilities are nearly endless as to what could be done in the future.

DroneKit for the Ground

The final aspect of DroneKit in for in-flight interactions that a pilot would use from the ground. These apps could be built for a laptop or an Android device. Some example commands would be take-off and land.

The software is compatible with many different types of drones (though not DJI), and will remain free and open source to use. Once a community builds up around this SDK, you will see some cool apps that you can hook up to your drone and be able to use them in minutes. Since 3DR is backing the SDK, you can be sure it will be around for years to come. Now is a good time to hop onboard and start making some cool apps for your drone!